Solar panels are comprised of thin silicon wafers or cells connected in series to boost the voltage of the array of silicon wafers. These wafers are mounted on a flat backing material to help support the silicon and assist with heat dispersion. The solar cells are then covered in tempered glass of transparent thermoplastics such as Plexiglas®.

Some solar panels are flexible and can be mounted on slightly curved surfaces such as the decks of sailboats. The slight curvature of solar panels can also follow the sun’s arc for a more extended period each day. Flexible solar panels are also significantly lighter than conventional ones.

The solar panel will remain functional for as long as the integrity of the crystalline silicon cells and connecting circuitry is not compromised. Solar panel efficiency is dependent on the following factors:

Let’s look at ways to optimize the amount of solar energy generated in the available space at your location.

In many off-grid applications, the space available to deploy solar panels is less than ideal and requires that solar panels of odd shapes and the ability to curve are needed. The horizontal surfaces on a sailboat, an RV, or camper roof are often curved to reduce wind resistance.

Designers will firstly consider aerodynamics when designing vehicles. The car’s mass is also critical to making overcoming gravitational effects less energy demanding. This leaves the cars with sleek curved lines and requires that elements like the windows be curved to fit the vehicle’s lines.

We do not design yachts and cars to be ideal for mounting solar panels as their primary mode of propulsion is not solar energy. Even on solar-powered EVs, the vehicle’s drag coefficient has to be as low as possible.

Solar panels encapsulated in thermoplastics such as Plexiglas® are much lighter and tougher than conventional solar panels. These panels can also withstand a limited amount of flexing and can thus be mounted on slightly curved surfaces.

Unlike conventional solar panels, the flexible solar panels have to be glued down onto the curved surface and thus lose the ability to ventilate and cool from below. This lack of ventilation will cause the solar panel to retain heat for longer and inhibit its efficiency.

Flexible solar panels can be mounted to a curved aluminum framework on roofs of ground-mounted arrays, but this is an unnecessary complication for a minimal gain in solar generation.

It is better to buy the conventional 60-cell 20V rigid solar panels for large roofs or ground-mounted arrays for grid-tied applications. This type of solar panel is the most widely available and has the lowest cost per kW of power generated. 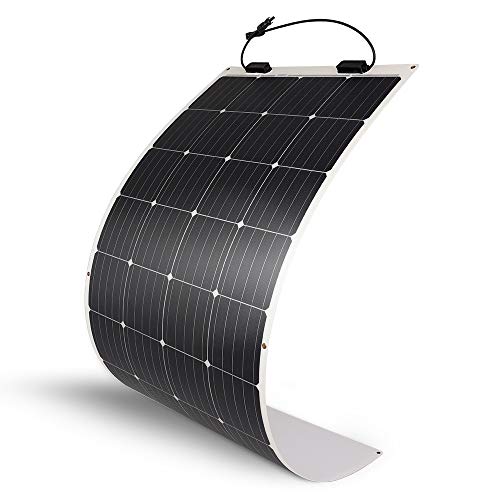 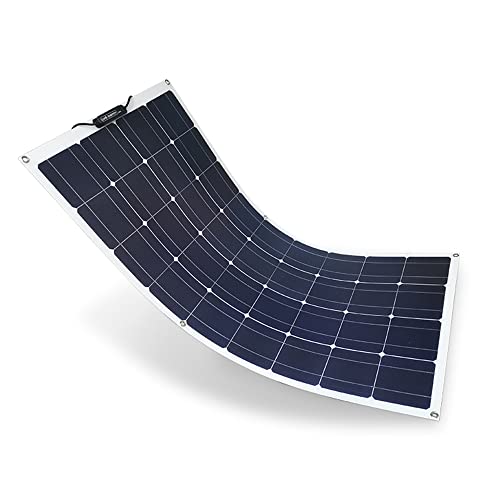 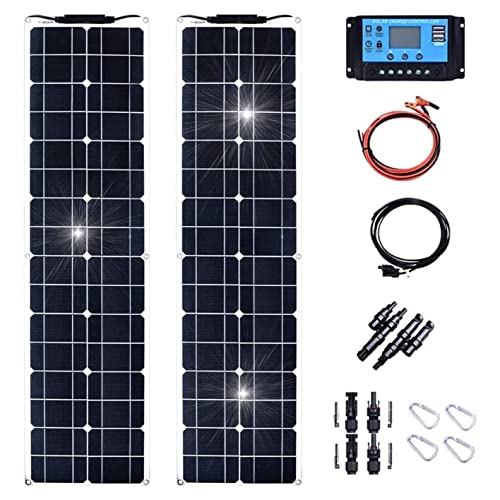 Why Are Curved Solar Panels More Expensive Than Flat Panels?

Cutting solid silicon ingots into thin wafers is complicated with a high degree of waste. Cutting the silicon crystals with curvature is more complex and generates even higher cutting waste. The cost of the curved silicon wafers will be too high and offset any likely energy gains.

See also  Can You Overload A Solar Charge Controller?

Solar panels are either monocrystalline or polycrystalline silicon crystals of very high purity. The silicon is melted and allowed to cool into a solid crystal ingot. The ingots are thermally treated to relieve internal stresses before being cut into thin wafers using diamond-tipped blades.

Due to silicon crystals’ hard and brittle nature, they are susceptible to fracturing and cracking during the cutting and polishing processes. The cost of the end product is also a function of how much waste is generated during production.

Trying to cut the silicon wafers into slightly curved slices to build a solar array of cells with a slight curvature will increase the amount of cutting waste, and the wafers will most likely have to be thicker.

It is easier to cut the silicon wafers as thin and flat as possible and then mount them in slightly flexible sandwich construction using a strong transparent thermoplastic like Plexiglas®.

How To Optimize The Solar Radiation On Your Array?

The angle of tilt of the earth to the orbital plane around the sun is 23 degrees. The point of installation of a solar panel will also determine at which angle the solar panel will be best oriented towards the sun to receive maximum solar radiation throughout the year.

There are two simple methods to calculate the best summer and winter angles of orientation of your solar panels to the sun. Firstly, determine the latitude of your solar installation.

To calculate the optimum tilt angle for the winter, add 15 degrees to your latitude. For calculating the optimum tilt angle for summer, subtract 15 degrees from your latitude. If you are in the northern hemisphere, your solar panels will need to be south-facing; if you are in the southern hemisphere, your panels must be north-facing.

If your northern latitude is 34 degrees, the optimum tilt angle during winter will be 34 plus 15 degrees or 49 degrees. Your optimal angle will be 34 degrees, minus 15 or 19 degrees in summer.

With these two setting angles, you will be able to get the optimal angle to the incident rays from the sun, only requiring the angular adjustments to be done twice per annum. There are sun-tracking solar array systems, but they are pretty expensive and complicated to install and maintain.

Keep your solar panels clean of dust and debris, and ensure no shade falls on the array from 9 am to 4 pm daily. These simple maintenance measures will give you a far more significant gain in solar panel efficiency than having curved solar panels.

Ensure you have sufficient solar panels to provide more than 120% of your power requirements. Solar panels are only 23% efficient at converting solar energy to electrical power.

Further efficiency losses are due to voltage drop due to the length of solar cables and inverter, battery, or solar charger inefficiency.

What Problems Do Solar Panels Solve?

For individuals, solar energy allows you to become completely self-sufficient when it comes to your electricity needs and can save you a lot of money in the long run.

What Are 3 Important Uses Of Solar Panels?

The three most important uses of solar panels are;
1. Solar electricity. This can be used to power almost any appliance in your home, including TVs, computers, and fridges.
2. Lighting. In addition to the use of low-power, LED lightbulbs, solar panels can provide an efficient, low-cost, and environmentally friendly way to provide lighting to homes.
3. Portable solar. In our modern, always-connected lives, our phones, tablets, and computers are almost always with us, and all run on batteries. Portable PV chargers can help keep our batteries topped up no matter where we are, as long as there is some sun to charge them.

Do solar panels give you free electricity?

Once the cost of the array is paid in full, the energy it produces is free. There are ongoing maintenance costs, too, such as annual panel cleaning, etc.

How much will my electric bill be with solar panels?

Suppose your solar array includes a solar battery backup system, and it is large enough to fully cover your energy usage per day. In that case, your monthly electric bill will be next to zero dollars, even with a grid-tied system.

If your solar array does not include a solar battery backup system, then at night, your house or business will use grid electricity. That cost will vary but expect to pay from 1/3-2/3 of your average electric bill, and that cost will fluctuate seasonally.

Do you save money with solar panels?

The simple answer is, Yes, you save money with solar panels. There is an initial upfront cost, but since solar panels are warrantied for 25 years, you will save money over time. You will also begin to see monthly savings in energy bills, but there are other ways that solar panels pay you back. Those include:
1. Adding value to your home or commercial building
2. Monthly decreases in energy costs
3. The ability to add more energy appliances without increased monthly costs
4. The potential for tax credits for going solar

Most definitely! Solar panels can certainly power a house 24-7, with the addition of a high-quality inverter and a suitable battery bank, of course. To power, a house under normal usage will require a massive solar array, though, and there will be a very expensive initial financial outlay.

Do I need to tell my energy supplier I have solar panels?

This depends on where you live, but in most cases, it’s not necessary to inform your energy supplier that you have solar panels. That said, you may be producing excess power with your solar system, in which case you may be able to sell that excess power back to energy companies.

In this case, you’ll naturally need to be in contact with them.

What Are Solar Cells Known as and Why?

These cells generate electricity through the photovoltaic effect. This effect basically causes the generation of free electrons from the semiconducting silicon material of the solar panel when sunlight hits its surface.

What Type of Solar Panels Are Most Efficient and Why?

There are currently three types of solar panels available in the market that are:
1. Monocrystalline
2. Polycrystalline
3. Thin-filmed

Among these, monocrystalline solar panels are known to be the most efficient among all others.

Does heat enter your home through the roof?

Absolutely. Heat enters your home through your roof, and on a hot day your attic can get up to 150 degrees Fahrenheit or more. Through conduction, heat from the sun warms your roof which then warms your attic and the rest of your home.