Dometic makes some of the best portable camping fridges on the market, most of which can run on normal electric power plus 12V power outputs. These fridges are efficient, highly portable, and of high quality and are the go-to for many RV enthusiasts, campers, and off-grid living enthusiasts.

One of the most convenient ways of having power on the go is using a Goal Zero Yeti system, but can one of these systems run a Dometic fridge?

Also, you’ll want to use a Yeti with at least 1000 watts of available power.

In this article, we’ll be taking a look at some of the following key points:

Running a Dometic fridge off a Goal Zero is not as straightforward as it may seem, and if you are planning on doing so, we’ve got just the information you need!

What is Goal Zero?

Goal Zero makes portable power stations of varying sizes known as the “Yeti” range, all of which are a great option for off-grid power of many types.

These boxes contain built-in battery banks, inverters, and dedicated outputs, one of which is a 12V output that can power most 12V devices.

Yetis are high-quality, reliable devices with LCD screens to monitor charge and battery levels and are tough units that are built to withstand the rigors of travel. Of course, they are a great(but expensive) choice for backup power in your home too.

The Yeti range can be charged with solar panels or mains power and comes in a variety of sizes depending on your needs, from 200 to 6000-watt options.

What Are The Brand Dometic fridges

Dometic makes some of the most reliable portable fridges on the market and have long been the go-to for RV and outdoor enthusiasts.

The company’s portable fridges come in a range of sizes, from 15 to 90 liters, with separate freezer options too.

The company has been around for decades, with the first iterations of its fridges being developed in the early 1920s.

Why does this matter? Because older Yeti models have an unregulated 12V output.

The issue with unregulated 12V outputs is that their power output drops the lower the battery voltage goes, so the power will turn off as soon as the battery reaches a certain charge level.

A fully charged Yeti will have no issue running a Dometic, but once the battery storage drops, the voltage will drop, and it will automatically cause the fridge to shut off.

This is because high-powered devices like fridges have a low-voltage cutoff, which means the Yeti will not be able to power them if the voltage is not stable.

Of course, you don’t need to use the 12V output to power your fridge; the built-in inverter on the Yeti will work too but will not be as power-efficient.

Luckily, Goal Zero is clearly aware of the problem, and there is a workaround if you have an older model Yeti.

Goal Zero released their new line of Yeti power banks with regulated 12V outputs, but not only that, they released a regulated 12V cable that will work with older Yeti models too.

So you can run your Dometic from the DC output without any issues when using this adaptor.

Running the Yeti on 12V as opposed to the AC output with the inverter will give you far more battery life and is worth the extra cost of buying the adaptor if you have an older model Yeti. 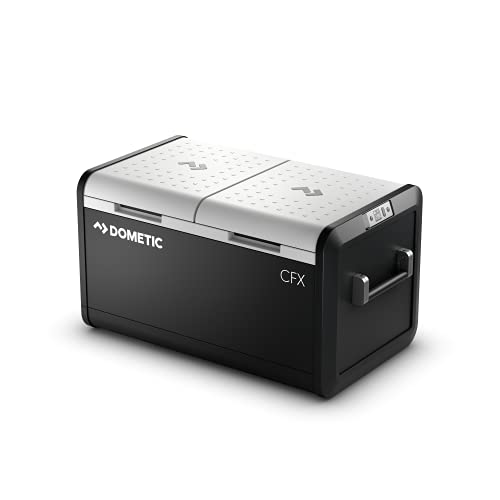 One of the most popular Dometic fridges for off-grid use is the Dometic CFX50 fridge, which according to Dometic, has a 12V power consumption of 0.77 Ah per hour.

For the following examples, we’ll be using this fridge model. Since the Yeti 1500x is the best-selling and most popular model, we’ll also use that for this example.

Goal Zero says that you can power a fridge running on 12V for up to 24 hours on the Yeti 1500x, or roughly 16 hours through the AC output.

Of course, there are several things to take into consideration, and the above estimate is likely the best-case scenario.

The amount of power your fridge consumes is directly dependent on the temperature it’s running at, how much it’s being opened and closed, and the ambient temperature of the area it’s stored in.

Keeping your fridge in a cool, ventilated area on the most moderate temperature settings you can get away with, plus opening it as little as possible, will get you the longest battery life.

Of course, these perfect conditions are not always available to us in the real world, so it’s best to base your estimate on the lower end of things.

A good rough estimate to go on, in our opinion, depending on all the factors above, is 12-18 hours of running time with the above combination.

Again, it could be better or worse than this, but this is a good estimate to go by when considering how to charge your Yeti. 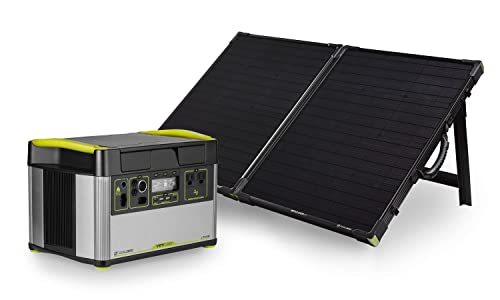 Goal Zero Yetis can be charged via a normal electrical outlet, which for the Yeti 1500x, should take around 25 hours from flat to a full charge.

The other option is charging it with a solar panel — the best option for off-grid situations.

According to Goal Zero, you can use a panel as small as 100 watts for the Yeti 1500x, but again, this really depends on your power usage.

This will be enough to recharge your Yeti if you are discharging it at a rate of no more than 30-40% per day and if you have full sun to recharge the battery.

This is certainly enough on paper, but ideally, you’ll need more.

It’s important to remember that your fridge will draw more power depending on the ambient conditions, use, and the thermostat settings, and so it could potentially draw up to double the amp-hours per day, plus conditions for charging with your panel may be less than ideal.

You may also want to use your Yeti for charging phones or computers, using lights, or running other appliances, so it’s best to have more power than you think you need.

A better option would be a 200-watt panel. This will give you almost double the charging power, and even factoring in a lot of use of your fridge plus less than ideal conditions, it should give you more than enough charge to run your Dometic plus a few other appliances. 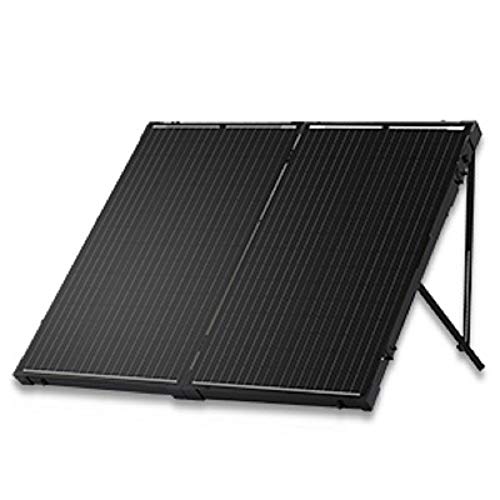 With the right panel, fridge size, and Goal Zero Yeti combination, running a Dometic fridge with a Goal Zero is possible.

Both these fridges and power stations have long been used by outdoor enthusiasts and off-grid living aficionados and for a good reason.

Dometic makes some of the most reliable portable fridges on the market, and Goal Zero has long proved itself as a company with quality and reliability in mind.

In our opinion, this is a combination you cannot go wrong with, and the setup will very likely last you for years of outdoor adventure to come!