Have you ever noticed how much sunlight streams through your car window while driving, especially if you’re on a road trip? Haven’t you ever wondered if you could put a solar panel there and use it to charge devices and batteries?

You can place a solar panel on your dashboard to connect to your vehicle’s electrical system and ensure that the car battery remains charged. It can also be used to charge other devices that can plug into available USB or lighter sockets without using the car’s battery as a power source.

To understand how you can use a solar panel on your car dashboard, let’s look at the following:

Taking advantage of abundant sunlight streaming through your windshield could be the best thing you’ve ever done, so let’s go find out more! 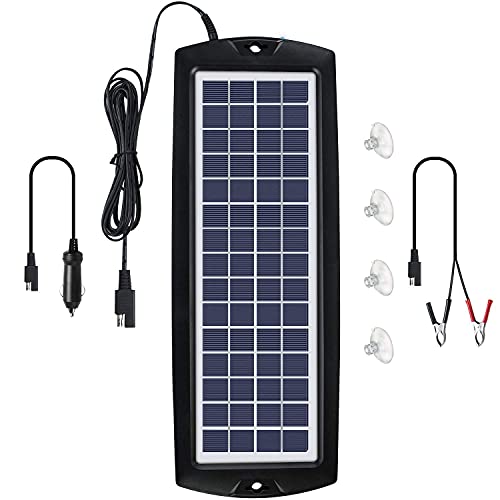 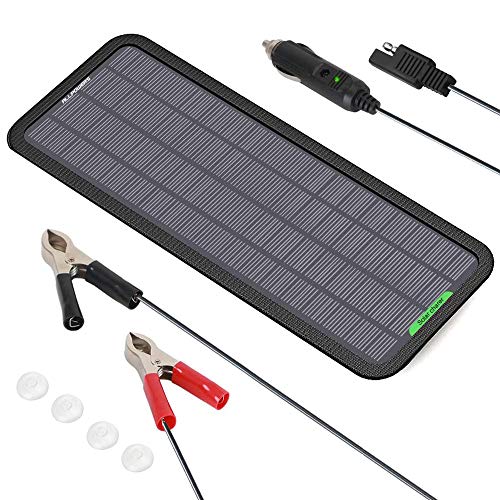 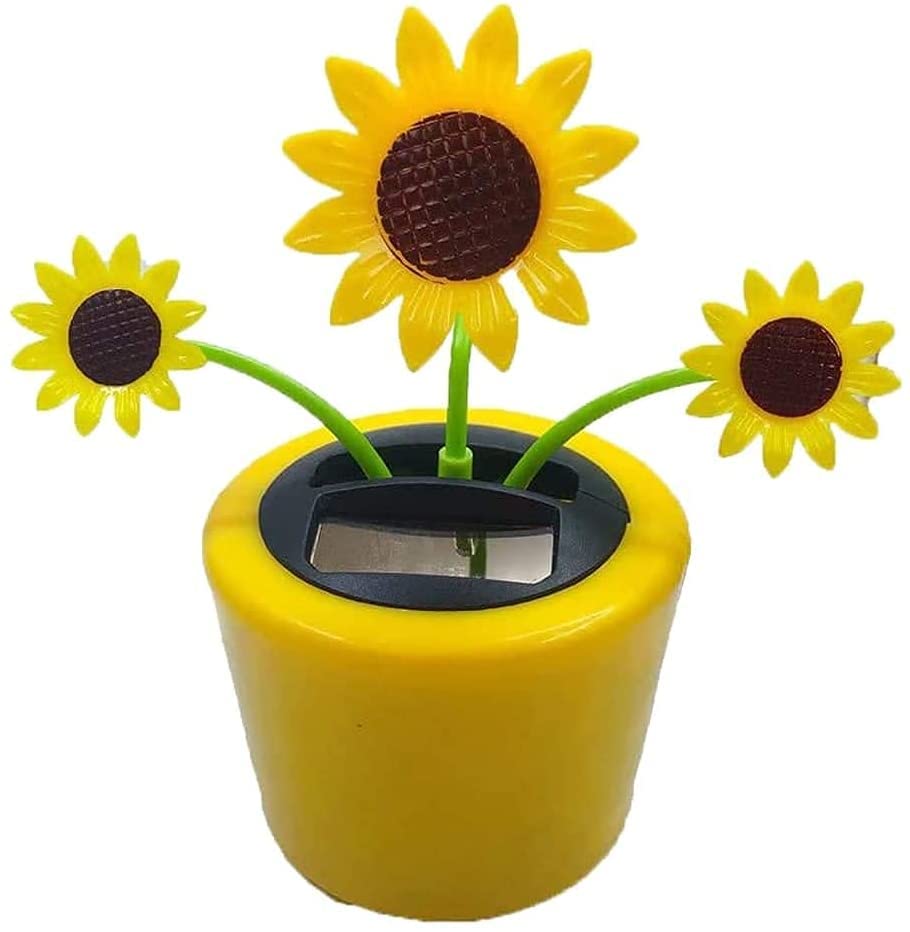 Where Can You Put A Solar Panel For Your Car Dashboard?

The panel would be placed on your dashboard directly under the front windshield. The connecting wires to the MPPT charge controller would run over or through the dashboard (depending on how much work you want to do) to connect to the electrical system.

If you are still trying to fathom how to get a massive solar panel in your car, don’t worry! We’re talking about a much smaller panel than those you would use at home.

They can be solid or flexible and rated from 9W-150W depending on the size, and most of these systems come with a charge controller (if you buy the kit) to be wired directly to your car battery.

How Would You Mount The Solar Panel To Your Car Dashboard?

The solar panel would be mounted using cable ties to tie it to the ventilation ports or double-sided tape to secure it to the dashboard vinyl.

This would stop the panel from shifting around while driving and allow it to soak up all that sunlight. You don’t have to catch the panel sliding off the dash while going, so portable panels often have mounting holes or an underside that accepts adhesive mounting products.

You can also mount the charge controller under the dash or out of the way by the floor on the passenger’s side, but considering you will have wiring there; it may be best to have all that inside the dash so no one can catch their feet on it and yank the wires out!

While you could mount the panel on the rear dashboard, the front gets more sun, and you certainly could have two in the car, one on the front and one on the back, to increase the capacity.

What Could A Solar Panel In Your Car Charge?

Car solar systems are usually used to keep the battery charged and reduce wear and tear on the alternator, but they can also charge other devices.

Car solar kits come with an MPPT charge controller, which would have a DC outlet that you would connect to a lighter socket so that other 12V devices like USB mobile chargers, lights, and even a tiny DC fridge could work.

Remember that we are talking about a solar panel that fits inside the car and not on the roof, so the capacity would be smaller but sufficient to charge the battery and keep it charged.

One of the real benefits of this system is that you will never have issues with a flat battery again, as even while the car is off, the solar panel and charger keep the battery topped up.

This is an excellent option if your car will be standing for a long time or if you find that cold weather drains your battery and there are days when the car won’t start, so having your car out in the sun and letting the solar panel do its job can be a lifesaver!

It is pretty safe to leave your solar panel on the dashboard as it is designed to withstand solar radiation with or without a solar windshield.

What Does A Solar Windshield Do?

The solar windshield does not generate electricity but is designed to reflect and reduce the amount of solar radiation using specially treated glass, which cools down the vehicle interior.

It works by using two layers of glass with a layer of PVB (poly-vinyl-butyral) between them that has been specially treated with metal oxides to create an absorbent and reflective surface that will reduce the heat from the sun and reduce the interior temperature of the car.

It also reflects much of the invisible solar spectrum, such as UVA and UVB, which can cause sunburn and damage to vinyl and other materials that could be vulnerable to degradation by sunlight.

Many modern cars have solar windshields fitted as standard, and some may have as many as 50 layers of reflective and absorbent materials that significantly increase their efficiency.

Does A Solar Windshield Affect The Solar Panel On The Dashboard?

You should be aware that where the windshield is facing the sun at a glancing angle, a large amount of solar radiation will be deflected, affecting the solar panel’s capacity to generate electricity.

The solar windshield will not affect the solar panel on your car dashboard in direct sunlight, and you will get power as normal.

What Factors To Consider When Buying Solar Panels For Car Dashboards

Most car dashboard solar panels are trickle chargers used to maintain the car battery charge level, while others offer additional connections for other devices.

There are numerous brands and products available, but you need to be clear about what you want the system to do before buying it.

If you only need a trickle charger, then products from Suner, POWAI, and Sunway offer trickle charger kits that will connect to the battery and offer power through the electrical system.

If you need your solar panel to charge a dead car battery, make sure the system you buy can do that, or you will be left frustrated and disappointed. Most of these kits have additional connectors available that can be used to power other devices.

For the most part, adding a solar panel to your car dashboard will prevent the battery from dying, as even if the alternator fails, the battery will still receive power and charge from the solar panel.

You can, of course, place your solar panel on the roof and make it bigger, and you can use that for greater off-grid applications to power LED lights, fridges, laptops, and mobile phones, but those panels will not fit your dashboard.