Outdoor living, off-road living, off-grid living, and other adventure applications require some chilling appliances. Stay tuned if you wonder if a solar panel can run a Domestic/Waeco refrigerator.

A Note: Dometic is the company behind Waeco. When shopping for a Waeco fridge, you will come across the Dometic brand. They are pretty much the same thing.

In this blog, we discuss

Inside we tell you why a solar connection can handle a Waeco fridge and some other essential tips.

What Size Solar Panel Do I Need to Run A Waeco Fridge?

Most 12-volt refrigerators need a solar panel of at least 150 watts, and you will likely need two of them. In addition, you will need a solar battery to store enough energy to power the fidget throughout the night.

A 200-watt solar battery system should be the right size, but you can also add more storage.

Issues that may cause you to use more solar Battery stored energy include:

However, if you plan to travel to locations where the weather is dynamic, then you may want to consider upping the number of solar panels for your fridge.

More solar panels on a cloudy day mean that your solar array will produce more energy than a single panel on the same day.

Shading occurs when something blocks the sunlight from striking the panel. For example, a shadow or clouds cause solar shading.

Shading can generally be avoidable if you think ahead. Avoid parking under trees or buildings where the shadow will move as the sun does.

It is not much you can do about cloud cover, except as described under storms and cloud covers.

If the temperature gets hot, you will likely use the fridge more often. That means opening and closing the door more frequently.

Another aspect of hot days is the temperature of the solar panels. As they get hot, they produce less energy. If they get overly hot, the energy production drops quickly.

See also  Best Cable For Solar Panels (What You Need)

For that reason, never lay a solar panel on a flat surface. Instead, ensure it is elevated off the surface so air can flow underneath it. The improved airflow helps keep the solar panel cooler.

TIP: Calculate the fridge’s energy and then determine how many watts of energy it requires to run in 24 hours. Some solar calculators can help.

Can You Run A Camping Fridge Off A Solar Panel?

Using only a solar panel to run a camping fridge off-grid isn’t effortless. However, it would be best if you had a battery and generally one that can hold 200 or more watts of energy.

The way energy flows in solar power to fridge circuit is like this.

Without the Battery, the fridge would not have energy when the solar panel did not produce energy; At night, during shading, or during storms.

So, the relationship must remain solar panel to Battery and Battery to the fridge.

How Many Solar Panels Do I Need to Run A 12 Volt Refrigerator?

A solar panel is made up of solar cells. It would be easy to say you need one or two solar panels, but it depends on the panels.

That means the unit uses 15 watts of energy per hour.

The other component here is how many hours of direct sunlight the solar panel would receive. 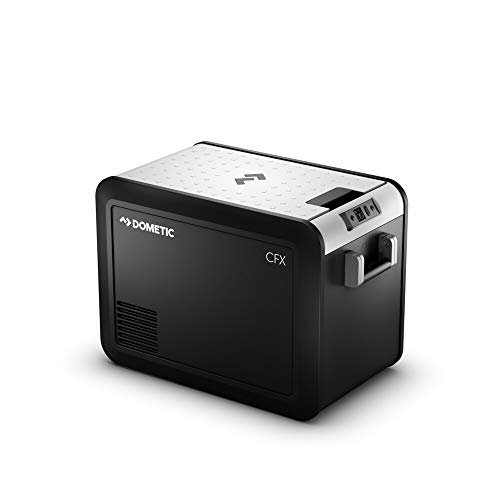 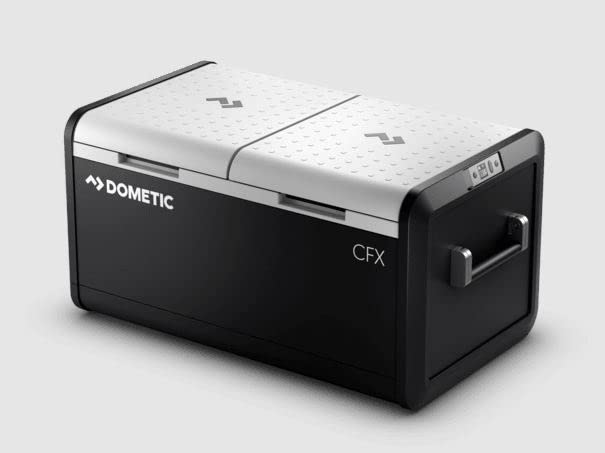 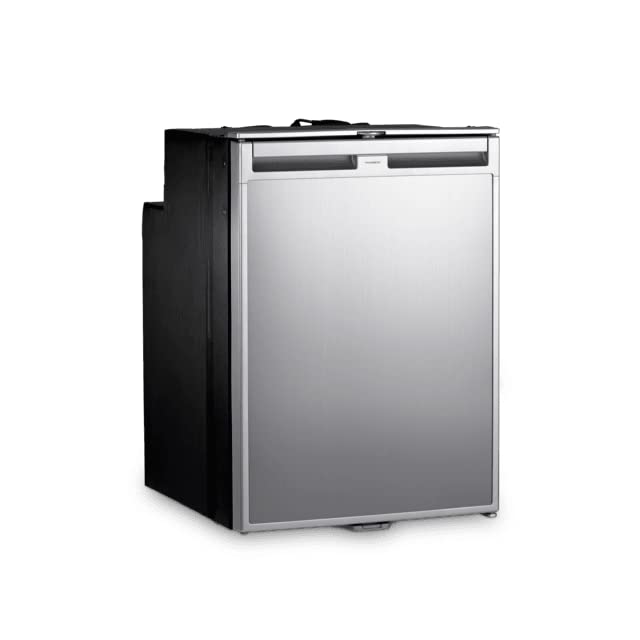 How Big of A Solar Panel Do I Need to Run My Fridge?

If you want to know how big of a solar panel you need to run your fridge, you would need to know the following:

See also  Solar Panel For Camping (Are They Worth It?)

Once you figure out how many watts of power the fridge uses per day, you can choose the right-sized solar panel to match the fridge’s energy consumption.

It is advisable to select a solar panel that can produce about 30% more energy than the fridge needs.

This is because energy production will vary based on weather, shading, and other factors. For example, a heavy storm day will cause the panels to produce a lot less energy.

If you are wondering what type of solar panel you need to run a Waeco Fridge, you could check with the manufacturer to see if they offer a solar kit.

Chances are they do, and that kit would be appropriate for your fridge. You could also make this a DIY project.

You would need solar panels, connectors, a solar regulator, a solar inverter, solar batteries, and a fridge.

The solar controller will stop the solar panel from overcharging and ruining the batteries.

The solar inverter will convert the DC energy from the solar panel and solar batteries to AC energy if the fridge requires AC energy rather than DC energy.