When adding security cameras to the home, it is important to understand the power needs of the particular device you will be using. You must make sure that the equipment you choose will handle what you need.

For this reason, researching solar panels for a security camera that did not have its own power source, as is the case with the Wyze Cam V3, proved to be a challenge but not insurmountable.

In this article, we will cover several important points concerning the Wyze Cam V3 model of security cameras.

Even though the Wyze Cam V3 has power needs that are not met by most outdoor solar panels, it can, in fact, be used with a variety of solar panel models designed for other uses. 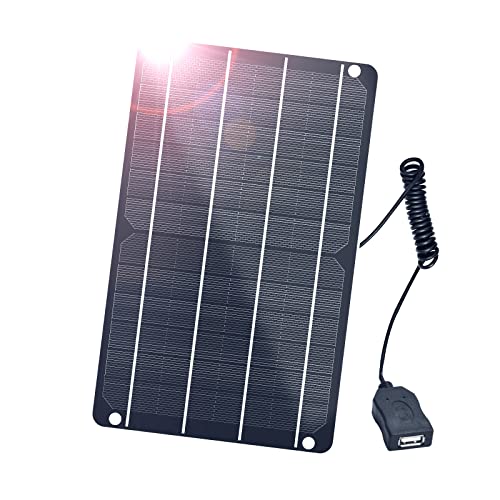 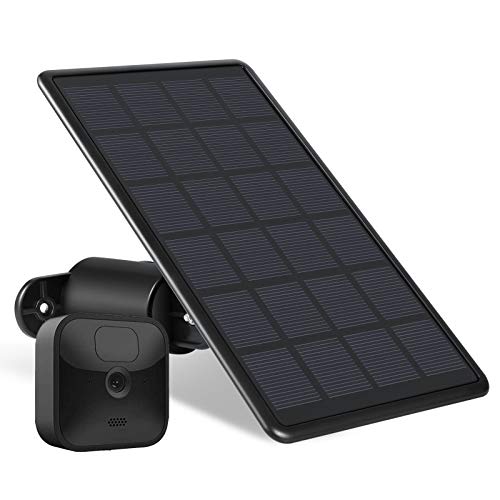 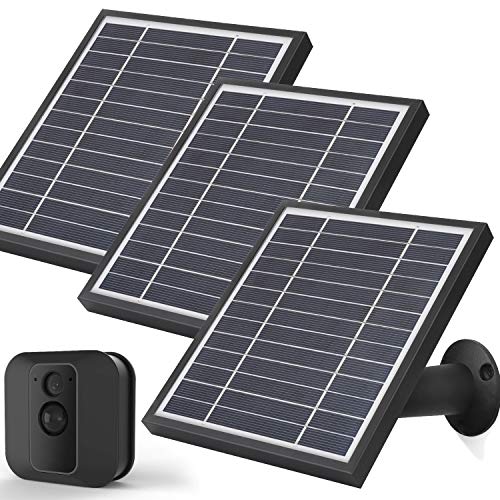 It does not, however, have its own internal battery.

The only model of the Wyze Cam family that has its own onboard battery, and is, therefore, rechargeable, is the Wyze Cam Outdoor. Thus, the Wyze Cam V1, V2, and V3 require continuous power to operate.

The Power Needs of the Wyze Cam V3

Out of the box, its manual suggests that the unit be set up with the included UBS cable and power adapter, which powers the unit.

However, as the Wyze Cam line of cameras is suited for outdoor use, the majority of new owners would prefer mounting the device in a location where a power source might not be readily available, requiring the use of a hub if one plans to run multiple lines to a single outdoor power source.

In many cases, the cable is not long enough to reach an outdoor power source, and it is for this reason that many new owners of the third generation of Wyze Cam devices are turning to solar power to power their devices while making use of the onboard Wi-Fi capabilities for operation and connectivity.

Before setting up the Wyze Cam V3 to a solar power source, it is first necessary to understand the system’s power needs.

An underpowered solar panel will not adequately power the device, nor should the device be set up with too large of a power source which could cause overload.

Depending on whether or not night vision is activated, the device’s power consumption per hour of use is about 2-4 watts per hour.

This is well within the capabilities of small solar panels, but the main problem is most models of Wyze Cams, including V3, do not have onboard power banks, and thus any solar panel system that will power it at night must necessarily be the device which provides stored energy as well.

As the Wyze V3 is not wireless, and if the solar system does not have onboard power banks, one will need to be coupled with the system to power the camera, typically running a power bank to the solar cells while plugging the camera into the power bank.

In some cases, homeowners have even opted to run the cameras on 20,000 mAh Anker power banks, periodically charged indoors, for around fifty-five hours, provided that night vision was turned off.

With this in mind, we can then devise that the solar system best suited to operate the camera will be the one that can charge a power bank that will power the device, which allows for some versatility in choice.

Remember if you select a system that will be paired with a 20,000 mAh power bank which allows for simultaneous use while charging, referred to as “pass-through” charging.

Such as the RAVPower 20000mAh 60W PD 3.0 or the Crave Plus 10000mAh Quick Charge 3.0 will need to produce enough power to both charges the power bank while also operating the camera.

There is also the added problem with the fact that most power banks do not recommend constantly charging while using the battery, as it shortens the life of the power bank.

Furthermore, most power banks are not outdoor worthy and should not be left out in the elements regularly. 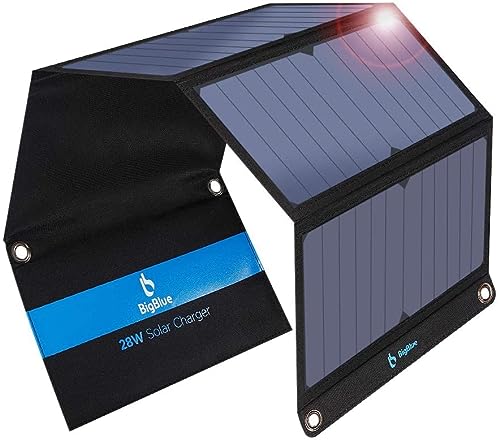 Given that the V3 does not have its own onboard battery, the best option is to make use of a solar panel that provides the onboard battery for the camera, which can charge during daylight hours while also running the camera and then allow the camera to run off the solar panel’s battery at night.

Wyze does, in fact, make its own solar panel for its Outdoor model, but this solar panel is incompatible with the V1 through V3 models.

So which solar panel system should be used with this unit? Let us then consider a few options for solar systems.

This solar panel is meant for another model of outdoor camera and will work with the Wyze Cam V3, in that the output from this model goes to a Micro-USB connection, the same which is used by the V3.

The panel itself has an onboard battery for storing energy, as do most models of Wasserstein solar panels. It is capable of running the Wyze Cam V3, though that is not its intended use, and its electrical output is 5A, within the range of use of the V3.

As the solar panel is built with the intention of being mounted in an area exposed to the elements, it is encased in a durable frame with a weatherproof design.

See also  Solar Panel Controller Without A Battery (Do This!)

As with the Wasserstein model, this solar panel was intended for use with the Blink brand of outdoor cameras. However, the product description says it is compatible with 5V cameras that utilize a Micro-USB interface, like the Wyze Cam V3 series.

It, too, has an internal battery that provides the proper amount of output for 5V security cameras like the Wyze line and is built for all weather conditions.

The third option is the cheapest option. It can power up to 6 watts with a claimed efficiency of up to 24%, which will be up there with the best if correct. With a max voltage rating of 5v.

The panel comes with a simple USB connection that allows you to plug and forget.

The product is a nice design, so you can be happy to have it connected to the side of your house and it not stand out. It’s waterproof, so there’s no need to worry about it being outside with your Wyze Cam.

The majority of reviews are very good, and one says it runs their fan. So if it can run a fan, it can run a camera easily enough. There are a few negative reviews, but sometimes this can be from expecting too much from the solar panel.

While not built specifically for the Wyze Cam V3, the three solar panel systems listed here do indeed provide all of the camera’s requirements needs based on the specifications listed for both the camera and the panels.

In all three of the examples above, the user needs only to mount the panel in the desired location, leave it to charge the panel’s internal battery without the camera fully hooked up, then connect the camera via Micro-USB to the panel, and there should be no issue.

The solar panel will charge its internal battery from which the Wyze Cam V3 will draw its operational power.

While the Wyze Cam V3 is intended to run from a constant power line from the included cord and adapter, the camera’s power needs, especially if night vision is turned off, are so low that it can easily run from the solar panel’s internal battery, which will ideally recharge each day.

Several online videos demonstrating these setups indicate that the configuration works well for the Wyze Cam V3, the only difficulty being when the solar panel is unable to adequately recharge its battery due to several days of overcast skies or rain.

Do not be put off by the fact that these suggested units were not specifically designed for the Wyze model of cameras.

One of the many great things about solar power, aside from its contribution to a better environment, is its compatibility with many devices and versatility of use.

Does The Wyze Cam Need To Be Plugged In

A Monthly Fee For Wyze Cam

Is Your Wyze Cam Secure

How To Hide Your Wyze Cam