When You Need A Solar Charge Controller (examples)

The rapid improvement in photovoltaic technology and reduction in the cost of the components base of solar power systems has resulted in solar energy being the lowest cost per kWh in the market. Driven by environmental concerns for the planet and the trend to live off-grid and independent of the utility companies has resulted in exponential growth of the solar energy industry.

In a grid-tied solar system, the energy produced by the solar panels is fed into the national power grid and does not charge a battery bank. Such grid-tied systems do not require the installation of a charge controller as there are no batteries to protect.

Solar charge controllers have to perform the following functions:

Let’s review why a charge controller is needed to protect your off-grid solar system?

The two 100 W panels and be connected in series or parallel configuration for a combined power output of 200 W.

Connecting the two panels in series will result in the sum of the voltage output of each panel 40 V but still at a current strength of 5 A.

Connecting the two panels in parallel, the voltage remains constant at 20 V, but the current strength is doubled to 10 A.

Both the configurations of the solar panels produce 200 W of power, but neither can be used to directly charge the 12 V batteries. The 12 V battery bank needs a constant charge voltage of 14 V to charge the batteries.

The charge controller must adjust the input power to the output power (charge power) in the desired voltage and charge current.

Charge Controller Protect The Solar Panels And The Battery Bank

During the day, when sunlight falls on the photovoltaic cells of the solar panel, a high voltage is generated that will seek to flow from the panels to the charge controller and be converted to the required voltage and amperage to charge the batteries.

As the sunlight diminishes and the voltage drops and stops current flowing from high voltage to low voltage, the charge controller prevents current from flowing back from the battery bank to the panels. If this backflow is allowed, the panels could melt and be damaged beyond use.

See also  How to Bypass Solar Panel Regulator (Do This!)

Solar systems need to be designed to balance the power demand needed from the system. Solar system designers always start by determining the household’s power demand at present and allow for some growth.

Your monthly utility bill is a good place to start determining your current kilowatt-hours per month (kWh/m) consumption. An off-grid system will require the solar power generated during the day to be stored in a battery bank for use as required.

What Type Of Solar Charge Controller Is Most Commonly Used

MPPT (Maximum Power Point Tracking) Charge Controllers are the current state of the art for off-grid domestic and marine solar system installations. They add a lot of value to your solar installation and protect the performance and durability of the system.

MPPT charge controllers can communicate via Bluetooth or NFC (near field communications) with information devices such as cellular telephones, tablets, or digital displays what the state of charge of the battery bank is and how much power is being generated by the solar array.

The most notable suppliers of MPPT charge controllers are Victron Energy and Renogy. Both brands are well regarded, but Victron Energy is the most favored brand in a marine application where compact size, system efficiency, and safety from a fire are key. 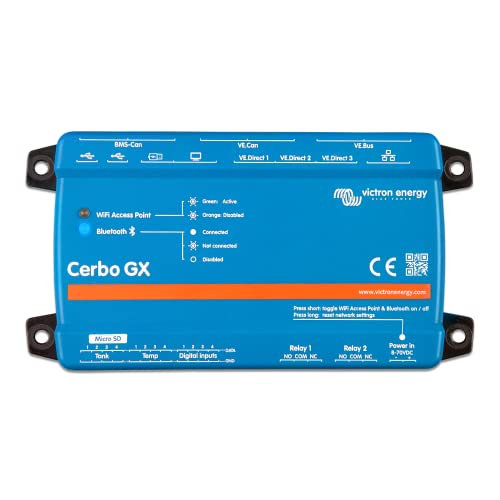