The Wyze Cam with Solar Panel is one example of how far solar technology and home security have progressed through the years. It also offers a great alternative for all those homeowners who have been searching for a reliable and energy-efficient home security system.

For those homeowners who are interested in taking their home surveillance game to the next level, the Wyze Cam with Solar Panel is a great choice that makes perfect sense. In the following lines, you are going to learn all there is to know about:

And we are also going to provide answers to some of the most burning questions regarding the Wyze Cam with Solar Panel. So, without further ado, let’s dive right into this revolutionary new technology. 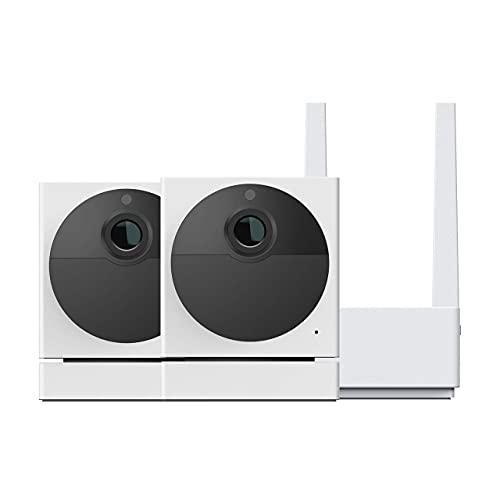 If you are looking for a solar-powered outdoor cam, then you have come to the right place. The Wyze Cam with Solar Panel is, by far, one of the most top-rated devices for the job.

This Wyze Cam is made for the outdoors with an internal battery that can be charged with a solar panel.

The running time of the Wyze Cam is more than 3 months, but you don’t want to take down each camera every 3 months to charge them. They’ll often be left without charge, leaving your home at risk. 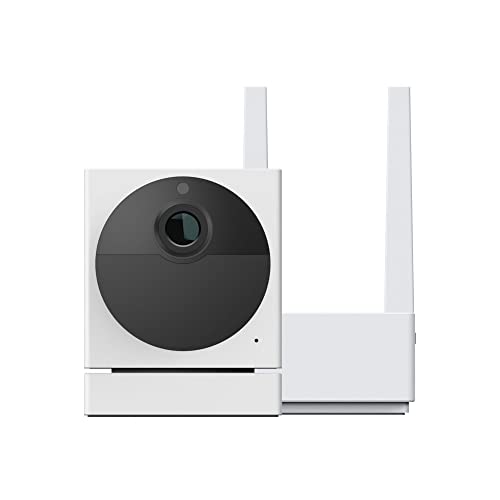 This Wyze Cam is specifically designed for outdoors and while the other models can be used outdoors, this is the only one that has an internal battery that is suitable to be charged via a USB with a solar panel. 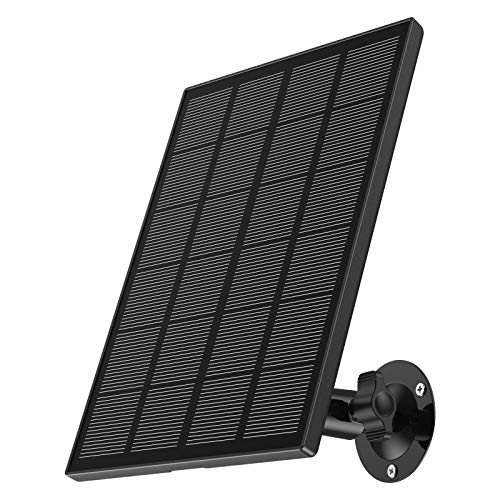 This solar panel combined with the Wyze Cam will work together with the micro USB connection. Fully charge the camera before mounting and the solar panel will top up the battery when the sun is shining.

One of the main concerns of using a solar-powered outdoor cam, such as the Wyze Cam with Solar Panel, is that people think the camera cannot operate during the nighttime since there’s no sun or that it cannot operate while it is charging.

When it comes to the Wyze Cam with Solar Panel, you will be glad to know that the outdoor cam remains fully operational even at night or while it is charging, providing you with the complete 24/7 surveillance you need for your home.

One of the factors that set the Wyze Cam with Solar Panel apart from the rest is that if you have a solar panel output of 2 amps or 10 watts per USB port, you should experience no charging issues at all.

In fact, there are many users of the Wyze Cam with Solar Panel that use slow/trickle charging to juice up the camera.

That being said, there are some downsides that we’ve noticed with this product, but it is certainly not a deal-breaker.

For instance, the one thing we really wished that the brand would start to produce is solar panels that have the micro USB plug included with a molded rubber cap that’s in the same dimensions as what protects the Wyze Cam.

This could have been a great additional feature to the Wyze cam because then you could plugin and still have the same level of weather protection.

Also, a 10ft charging cord could also be a nice addition to throw in with this feature.

Another useful feature of the Wyze Cam with Solar Panel is that it comes with an IP65 weather-resistant rating and is also dustproof.

For those of you who are unaware, an IP65 rated product offers robust protection against low-pressure water jets, regardless of their direction.

The IP65 enclosure is also useful for shielding the device from sprays of water and condensation, a common point of concern for most security camera owners.

Having the IP65 rated product is great because it means that the product has been approved for exterior use, as in for use in the garden, garage, driveway, or backyard, just as long as it is kept high enough to not get damaged due to flooding.

This means, even with continuous exposure to splashes of water, rain, or snow, the product will still go strong and will remain intact and functional even through extreme weather.

The importance of having a camera with a 360-degree view cannot be overstated. The good news is that the Ways cam with solar panel comes along with a sturdy 360-degree freestyle mounting mechanism.

This means that you can mount it anywhere with a 360-degree freestyle mount and a 13 feet long weatherproof power cable.

Those who need to monitor big areas of space know that deploying a 360-degree camera minimizes the number of cameras required.

This is also one of the reasons why 360-degree cameras are not only being used in homes but are also useful in retail and airport security, as well as public areas like parking lots, railway stations, malls, etc.

One of the main selling points of the Wyze Cam with Solar Panel is that as a 360-degree camera, you only need a single camera to get continuous surveillance of a large area of your home with no need for additional moving components or more cameras.

Furthermore, you also get to save big of money and maintenance fees when using this camera.

Since the Wyze Cam is wire-free, it is easy to install or transport. Because no cables are involved during the installation process, setting up the camera is quick and easy and a lot less complicated as compared to traditional security camera systems.

This also means that there’s little maintenance required when using this product, which means that you can reap the benefits of using the Wyze cam for years to come without having to bother about frequent maintenance issues or other problems that are often seen in regular security cameras systems.

Speaking of savings. One of the benefits of using the Wyze Cam with a solar panel is that it allows you to save on electricity costs by helping to conserve energy.

Contrary to popular belief, solar-powered security cameras are effective both while operating during the day and night, which means that they offer complete protection without requiring any power from the main grid.

Compare that to traditional security systems that need to be connected to the grid the whole day and require a lot of electricity, and the solar-powered Wyze cam is a no-brainer.

Apart from the solar-powered security camera helping you save money on your monthly energy costs, solar power is also clean, renewable energy, which means you will also be doing your part for the planet as well.

How Does The Wyze Cam Work?

As the name implies, the energy used in this sort of CCTV surveillance comes from the sun. Solar panels collect sunlight, which is turned into an electrical current that the camera and rechargeable battery utilize to continuously record and store CCTV images in a central monitoring system.

There are no cords or connections to the electricity grid required. Solar security cameras are wire-free and link to the internet through Wi-Fi, allowing users to see live footage and receive alerts if suspicious behavior is detected.

The data is kept secure on the cloud for later review if needed.

The Wyze Cam can easily be installed on your property powered by a solar panel. With a solar panel for each camera, this is the last time you will have to take down your camera to charge them.

Some important tips to take note of is that the Wyze Cam recharge frequency may vary based on several factors, such as sun exposure, device settings, or even motion notifications.

Also, since this is a solar-powered security camera system, it’s best to make sure that the panels are placed in an area of your home that receives the most sun. Avoid placing it under trees or in areas where the panel might only get sunlight for a few hours a day.

Also, it’s best to keep it away from trees since fallen leaves and tree sap could fall on the panel and hinder its ability to absorb the sun’s rays.

For the best results, position the Wyze Solar Panel in a way that it faces south and is kept tilted at an upward 30º angle.

Does The Wyze Cam Need To Be Plugged In

A Monthly Fee For Wyze Cam

Is Your Wyze Cam Secure

How To Hide Your Wyze Cam